Founded by Sylvain Bleau in 2011, La Caravane de Phoebus has produced two editions of Cinédanse festival, inspired by Cinedans in Amsterdam. The first in Montreal in 2012 was inaugurated by the powerful film Co(te)lette signed by the British director Mike Figgis and the Flemish choreographer Ann van den Broek. The second edition in Québec City in 2015 was organized in collaboration with the Musée de la civilisation, in parallel with the major exhibition on contemporary dance Rebel Bodies.

A non-profit organization, La Caravane de Phoebus works at the confluence of several disciplines, enlivening dance through cinema, visual and digital arts, and a renewed presence in communities. Our Caravan’s main mission is to stimulate creation among the new generation of Québec and Canada and to present to the public the most relevant creations of living artists from here and abroad.

Sylvain Bleau has been active in the dance community for more than 20 years. He was a member of the management team at Les Grands Ballets Canadiens at the end of 1990, then under the artistic direction of American Lawrence Rhodes. He was the public affairs director of choreographer Édouard Lock at La La La Human Steps at the time of his famous Amelia ballet, which became a film of such great beauty. In 2008, at the invitation of Jack Udashkin, he actively participated in the renaissance of the Théâtre La Chapelle and became at that time invested with the avant-garde. 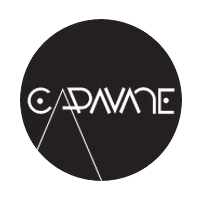