Our dances in the digital age

Professional day open to the public

This day of professional meetings and networking, interviews, master classes, and conferences is open to the public. At the end of the day, a jury comprised of international members will award the Lumière Prize to the creator of an exceptional work of art.

How do today’s artists represent our dances on screens and while using new technologies? From what perspectives do they perceive our world and how do they use them to challenge social issues and reinvent our own perspectives? 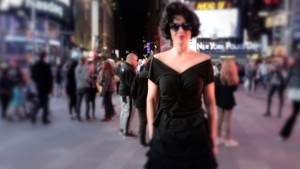 This day of professional meetings and networking, interviews, master classes, and conferences is open to the public. At the end of the day, a jury comprised of international members will award the Lumière Prize to the creator of an exceptional work of art.

We invite artists from Ottawa, Canada, and abroad to register for this professional day which aims to build bridges between creators and put them in touch with strategic players in film, visual arts, and in digital and vocational training schools. We also have the pleasure to welcome three producers from Los Angeles, Paris, and Shanghai. During the networking activities that will ensue – breakfast, lunch-meet, and express appointments – you will not only make connections, but especially initiate collaborations, productions, broadcasting projects, and exhibition installations as a solo artist or as a group.

This initiative, baptised “Strategy 2025: Canada Dances on Screen”, aims to bring Canadian dances to new horizons and reach out to a wider audience. Naturally, exchanges with our international partners are intended.

The professional day will be hosted and animated by Sylvain Bleau and Izabel Barsive, videographer and part-time professor for the Department of Communications at the University of Ottawa.

A film by Martine Époque an Denis Poulin (Montréal)

Decorated with numerous prestigious prizes throughout the world, in Hollywood, Liège, Angoulême, and Reunion Island (France), CODA is an audio-visual experience of rare beauty. The work illustrates the fragility of the human condition.

CODA, a film which was crafted by the pioneers of on-screen dance Martine Époque and Denis Poulin, can be considered as the essence of the 21st century work of art, the kind that will flood our museums and public art exhibitions in the coming decades.

Two young Montréal virtuosos of Iranian origin, sisters Hourshid and Mehrshid Afrakhteh – the TwinMuse – will perform excepts of the final movement of Stravinsky’s famous Rite of Spring in a four-handed version performed on the same piano.

Co-produced with the support of the National Film Board of Canada and AKE Digital Entertainment, this animated short film offers and original vision of dance thanks to its use of advanced digital technologies, including motion capture (MoCap) and particle processing.

This master class, offered by one of the world’s leading on-screen dance pioneers, explores technochoregraphy and motion capture technology (MoCap) 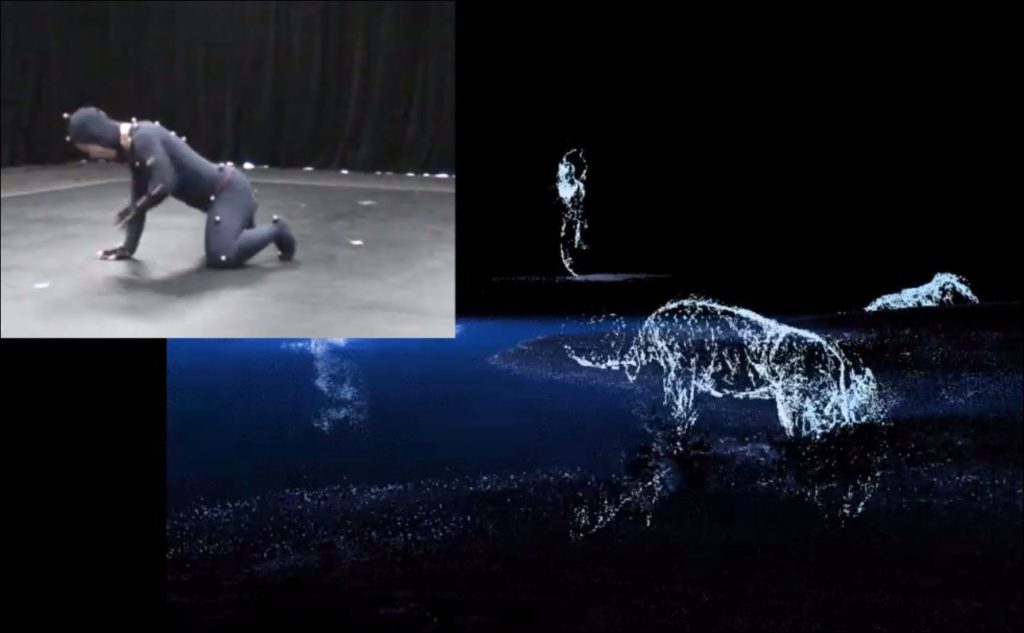 Noticed in his debut by the great animation director Norman McLaren of the National Film Board of Canada, Denis Poulin has had 50 years to develop his artistic finesse alongside his partner, the late Martine Époque, who an equally great influence for dance in Québec. Madame Époque founded the Groupe Nouvelle Aire in 1968, in which Denis danced. This troupe gave birth to the careers of big names such as Édouard Lock, Louise Lecavalier, Paul-André Fortier and Daniel Léveillée, to generations of performers, and choreographers including Lana Morton in Ottawa and Montrealer Frédérick Gravel

To be dispossessed of one’s physical appearance, but to still be able to recognize oneself thanks to one’s gestures, is a unique and troubling but seductive sensation explored in this piece.

A graduate of the renowned Ann Arbor University of Michigan, Denis Poulin holds a Ph.D. in Arts Studies and Practices (UQAM). He is Associate Professor at the UQÀM dance department, researcher for Hexgram-Uqam and retired professor at Collège Montmorency. This avant-garde artist will inspire you! His master class will be offered in both French and English.

Why dance when there is so much to do (part 1)

Come discover inspiring artistic approaches and interact with our guests! 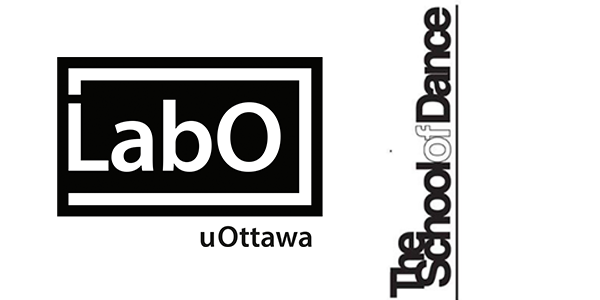 Special presentation of a short film 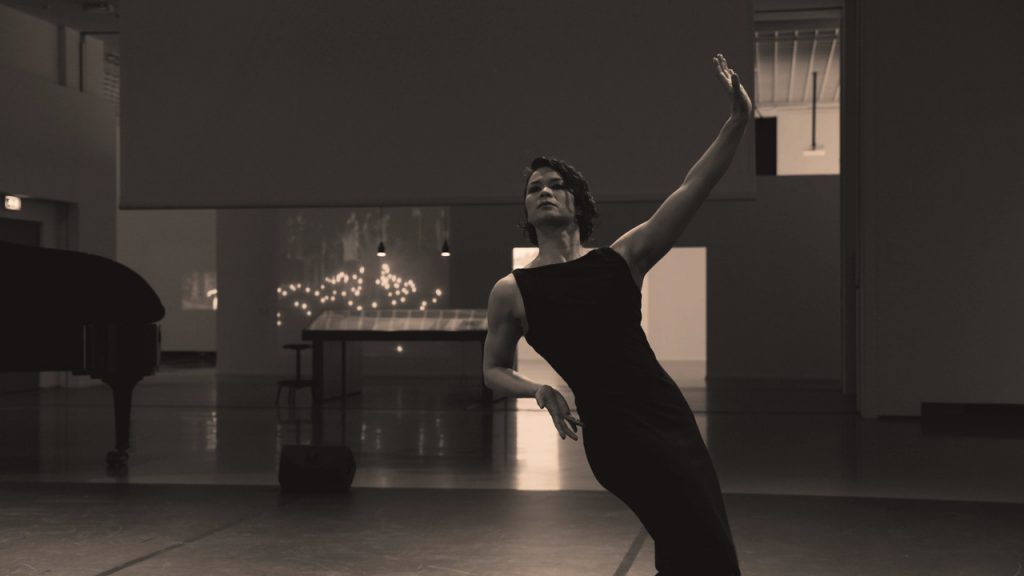 Édouard Lock directed a short film on one of his choreographies created for the Boijmans Van Beuningen Museum in Rotterdam.

Over the years Mr. Lock has been invited to create works for some of the world’s leading dance companies, including the Paris Opera Ballet, the Het Nationale Ballet of Holland, The Nederlands Dans Theater, the Cullberg Ballet and the Royal Ballet of Flanders.

At the invitation of Robert Carson and the Paris Opera, Mr. Lock choreographed “Les Boréades” composed by Rameau and performed by his company LHS at Le Palais Garnier.

His works have garnered many awards, including the Chalmers choreographic prize, the New York Dance and Performance Award, the Prix Denise-Pelletier, the National Arts Centre Award, the Benois de la Danse choreographic award given in Moscow, the Governor General’s Performing Arts Award, the Premio Positano Leonide Massine Award, The Molson Prize given by the Canada Council for the Arts and an honorary doctorate granted by the Université du Québec.

Various films have been made on Mr. Lock’s work including Le Petit Musée de Vélasquez directed by Bernar Hébert, and the documentary Inspirations by British director Michael Apted, which also included Roy Lichtenstein, Tadao Ando and David Bowie amongst others.

Mr. Lock was named a Chevalier de l’Ordre national du Québec and Officer of the Order of Canada.

Why dance when there is so much to do (part 2)

Discover extraordinary broadcasting approaches and share techniques and experiences in the company of curators and programmers on the lookout for creators who will amaze their audiences.

In addition, Jason Saint-Laurent from SAW Gallery (Ottawa) will present his Nordic Lab, à collaboration with Nunavut, Denmark, Iceland, Norway, Sweden, and Finland, which will be inaugurated this November. 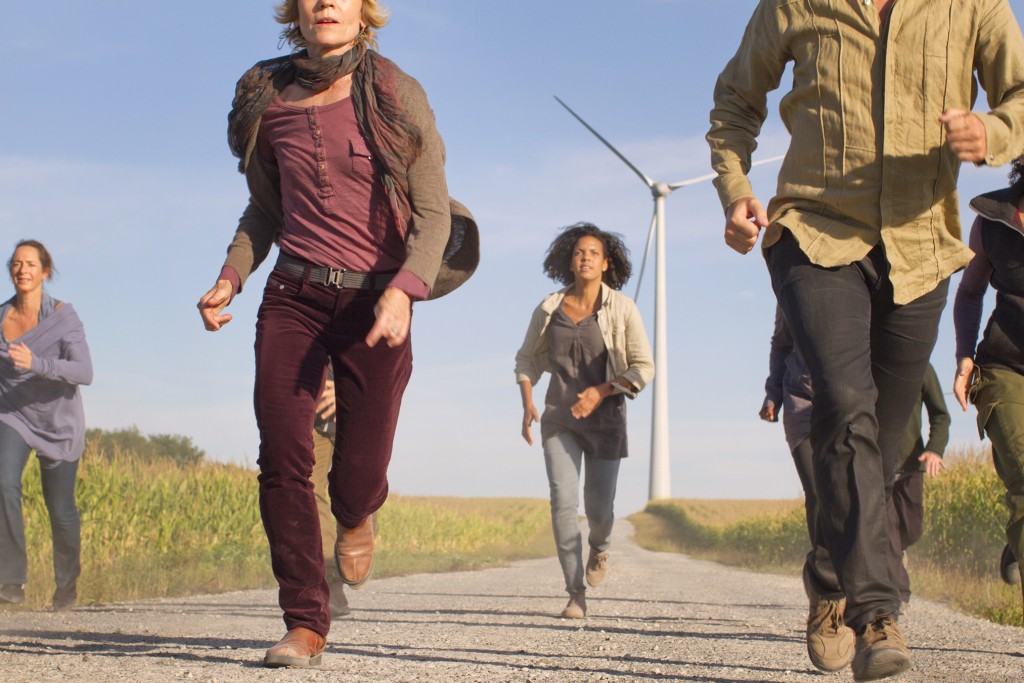 Award ceremony of the Lumière Prize with members of the jury

Montréal choreographer Édouard Lock will preside over the second edition of the Lumière Award. He will be joined by : Kelly Hargraves, director of Dance Camera West in Los Angeles, Jason St- Laurent, Commissioner of the Ottawa SAW Gallery, Nyla Carpentier of Raven Spirit Dance of Vancouver, René Chénier, Producer, National Film Board of Canada, Anneliese Charek, Producer of BYOB and The Exchange Program of Shanghai.

“A remarkable story. (…) Will be of great interest not just to dance enthusiasts but to those whose lives are touched by cerebral palsy.”

This is the incredible story of Gregg Mozgala, a young comedian with cerebral palsy, and New York choreographer Tamar Rogoff. She wished to recreate Nijinski’s Afternoon of a Faun with Gregg, which allowed him to move far beyond what he believed were his physical limitations.

The film is accompanied by French subtitles.

There will be a talk-back with the choreographer after the screening.

The following day, Thursday, September 19th at 1pm, as part of the Symposium, Tamar Rogoff will offer a workshop for artists, people with disabilities, and all those interested in her unusual approach to choreography and art. Sign up, spots are limited, at: info@7a2g9abnpa.preview.infomaniak.website

A film by Tamar Rogoff (New-York)

Second screening of the performance

“Major reflection on humankind and its desire for spirituality” 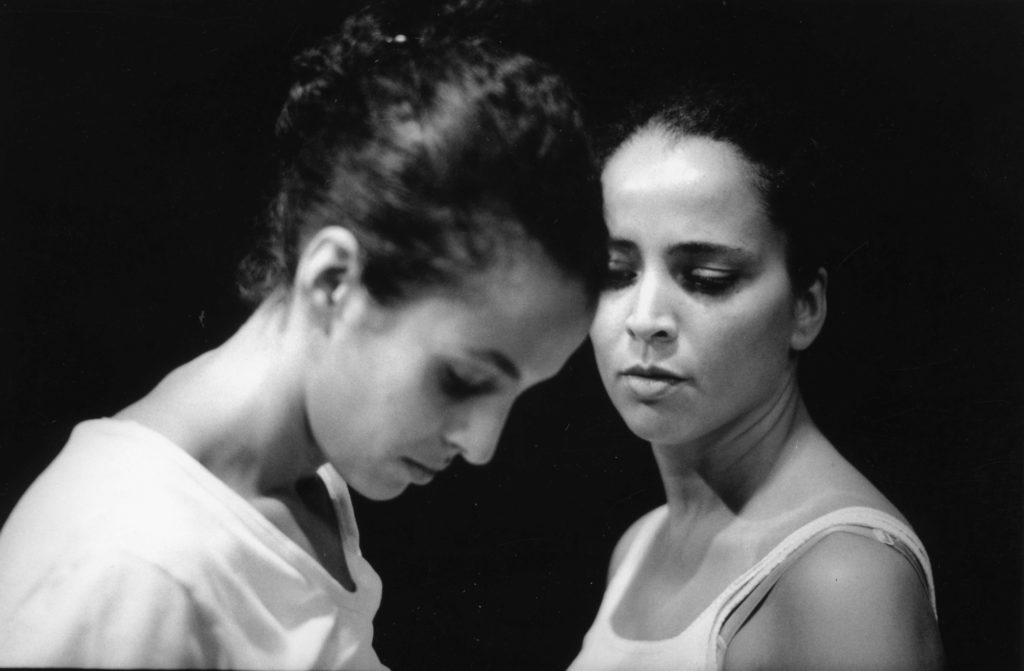 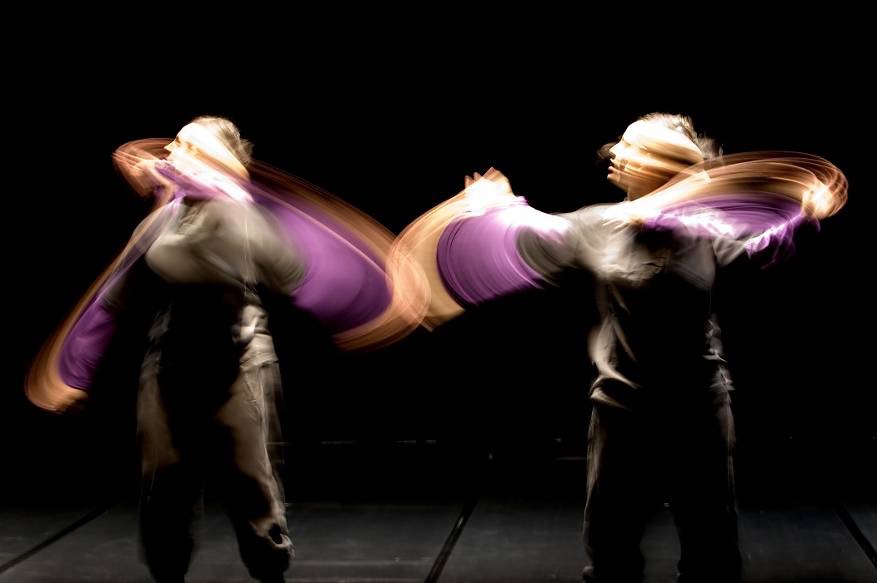 In a time where Algeria is undergoing a social revolution, Nacera Belaza is one of the only female Arabic choreographers to work internationally. Her creations question, disturb, and challenge by their mystery, their slowness, and their trance-like quality.

Her duette, “Le Cri” (The Scream) (2008), which she dances with her sister Dalilas, is Nacera’s flagship piece which has shone across Europe, on the internationally renowned stages of the Avignon Festival, the Biennale de Lyon, deSingel of Antwerp, Roma Europa, New-York, and Australia. Accompanied by symbolically charged music featuring the voices of Nina Simone, Maria Callas, Amy Winehouse, and a Berber singer, this piece plunges us into a trance that evokes the contemporary sentiment of exclusion and the quest for spirituality in our world as an echo, a century later, to the famous expressionist artwork of the same name by the Norwegian painter Edvard Munch.

Projections of the version filmed by Béatrice Vernhes on a rainy evening at the Psalette Cloister will be shown looped on our urban screen, both before and during the performance at the courtyard of the SAW Gallery.

Looped screenings of the filmed version of “Le Cri” at the Psalette Cloister will be shown before and after the performance. 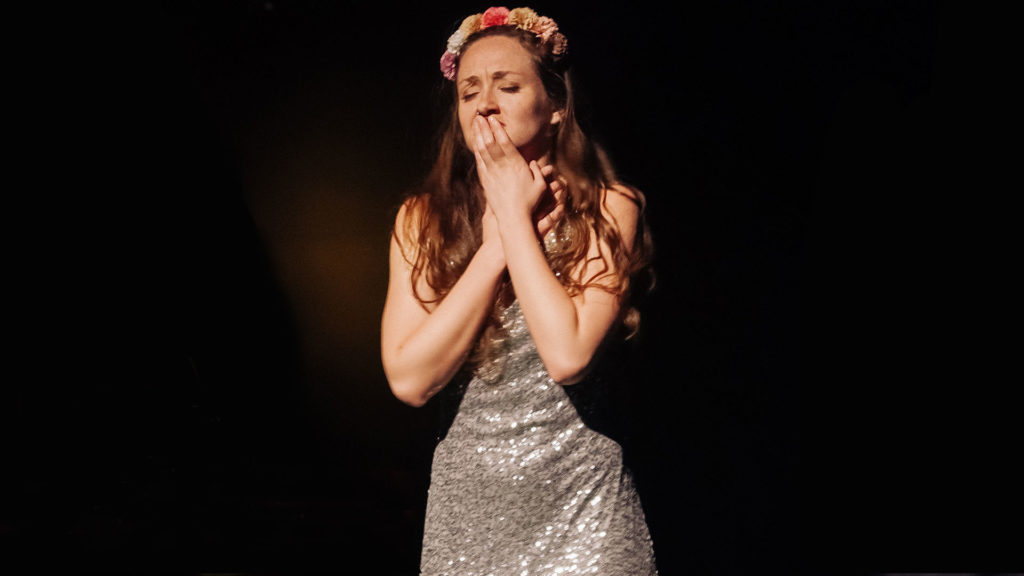 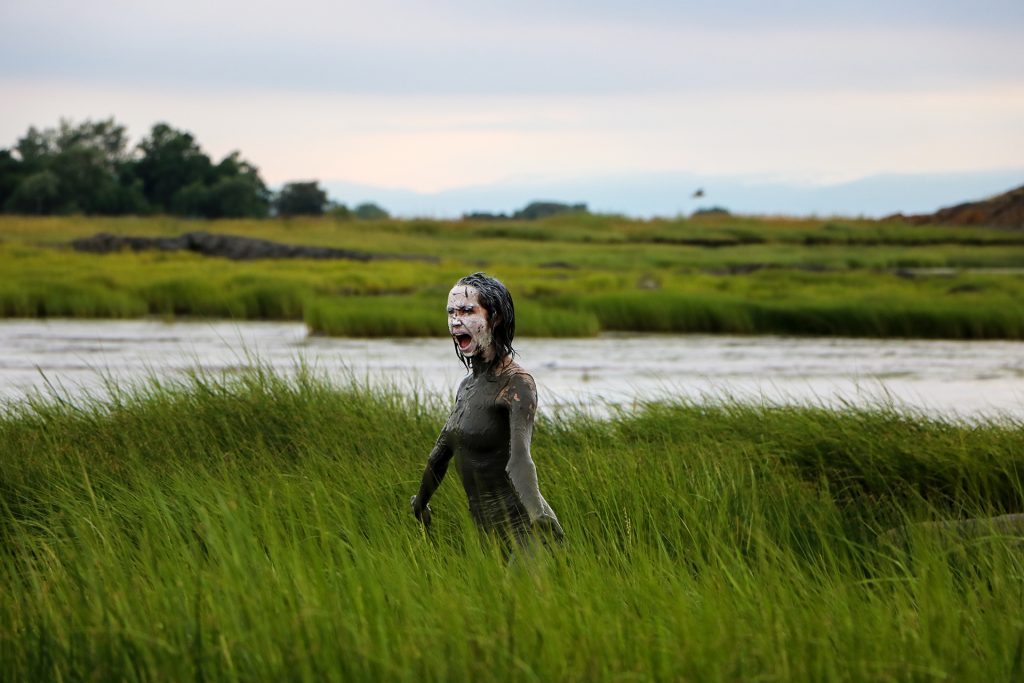 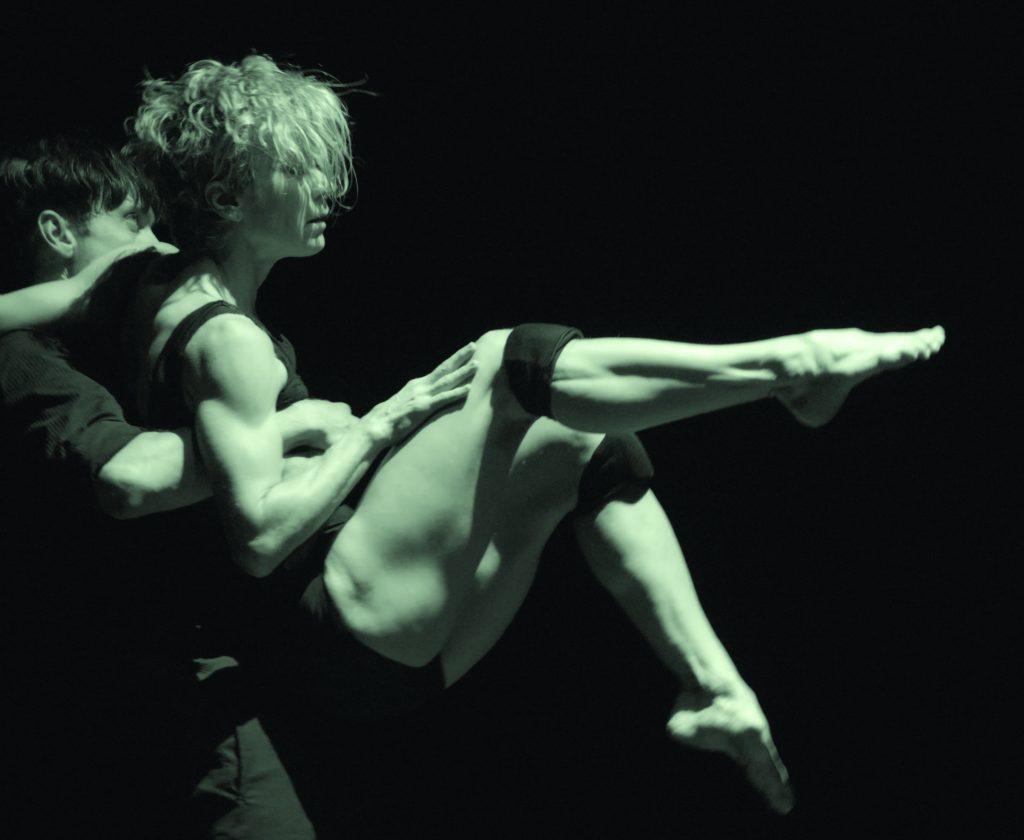